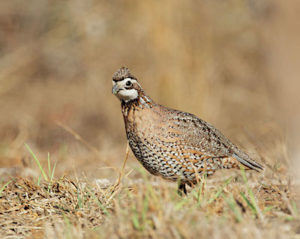 Terry Davis, who farms about 1,000 acres of milo and wheat in northwest Kansas, is the first one in Graham County to enroll playas into a Wetland Reserve Easement through USDA Natural Resources Conservation Service (NRCS). He has two playas, just across the road from each other, that are going into permanent easements.

One of the playas, about 20 acres in size, is on ground he’s owned since the 1970s. He considered putting it into a wetland program eight to ten years ago, but every once in awhile, he’d raise a crop in there. Several years ago, Terry and his wife purchased a piece of ground across the road which also had a playa on it, and that prompted him to do a bit more investigating.

“I don’t want to plant this ground,” he said to himself. “I don’t need to be wasting time and money working this.”

In October 2016, after he finished cutting his milo, Terry went into the local NRCS office to get some information about Wetland Reserve Easements and maybe start the process for next year. He wasn’t committed; Terry just thought he’d get more information about the program. The next thing he knew, he was putting in his application.

“I’m in the farming business. Taking that much ground out of production is kind of a head scratcher, but sometimes you’re wasting money farming it. I’m on board fixing it up as best I can.”

Terry describes his operation as somewhat small for northwest Kansas. He does it all himself. He’s a no-till guy and uses cover crops to keep the soil alive.

Terry also wants to work with wildlife folks from Ducks Unlimited, Kansas Alliance for Wetlands and Streams, Kansas Department of Wildlife and Parks, and NRCS to make these 100 acres going into a Wetlands Reserve Easement the best possible wetland habitat to compliment the 100 acres nearby that are in the USDA Conservation Reserve Program. Those acres have been in the program for 25 years and have turned into a wildlife area.

“I love to be with my friends. I love to be out there with my dog. I love to be stomping around on my property to see how it’s doing. If I see some birds, that’s just a bonus. I don’t hunt, but I love to see the pheasant and quail.” 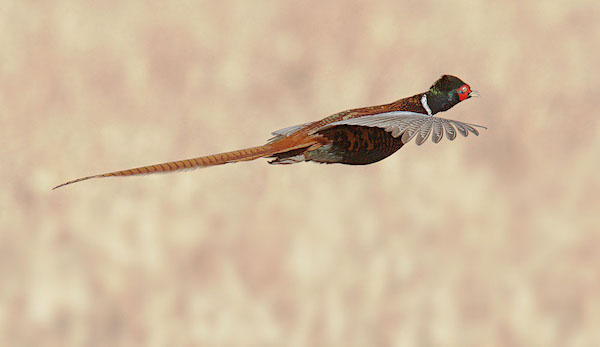 The playas on Terry’s property are not the only ones in the area. In the two miles between his property and the highway, there are several other playas owned by his neighbors — some that are farmed and some in a wetlands program.

“Our playas are a continuation of those other wetlands in the area. It’s going to be interesting to see what happens. We have geese and ducks coming in to use the playas. I’ve got one neighbor who’s a big duck hunter, and he’s pretty giddy about attracting more waterfowl.”

Although Terry no longer hunts, he says some of his fondest memories are hunting with his father. And now, his brother has taken up hunting with his son. For Terry, and many others, hunting is about so much more than hunting; it encompasses an appreciation for wildlife and the land and provides an avenue for being with family and building memories. By enrolling his playas in a permanent Wetlands Reserve Easement, he is creating a place where that can continue for generations to come.

“I’ve been happy with the Wetlands Reserve Easement enrollment process. I’ve felt for years that the wildlife we have in Kansas is one of our most natural resources, and we haven’t even scratched the surface of what we can do with that resource. My vision for these playas is to make them better for the wildlife, and I’m excited about it!”